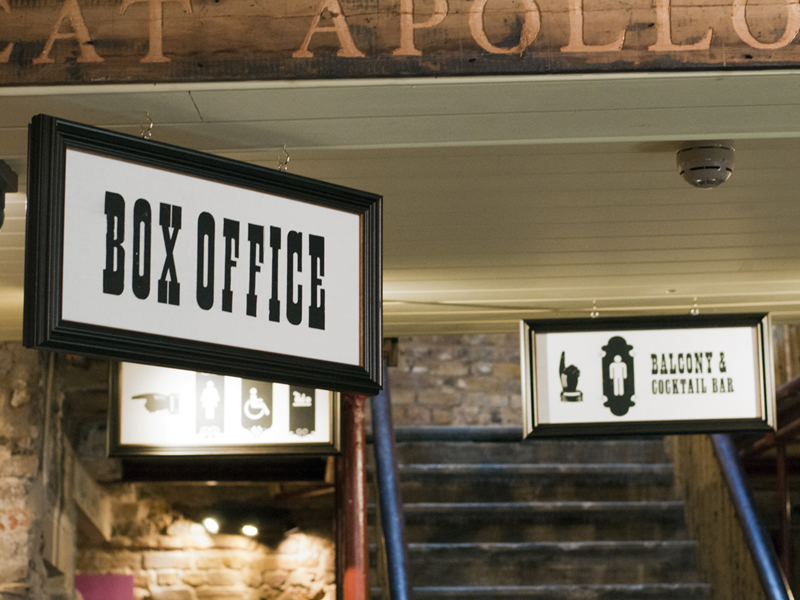 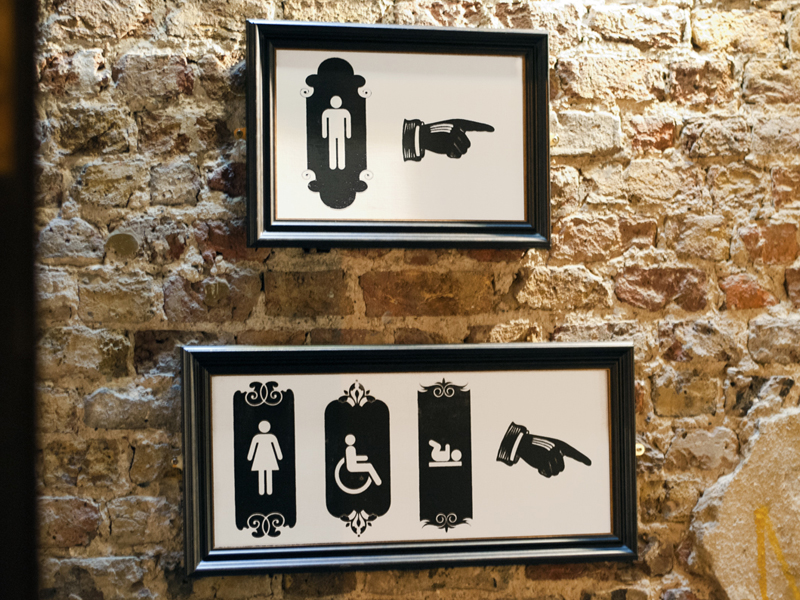 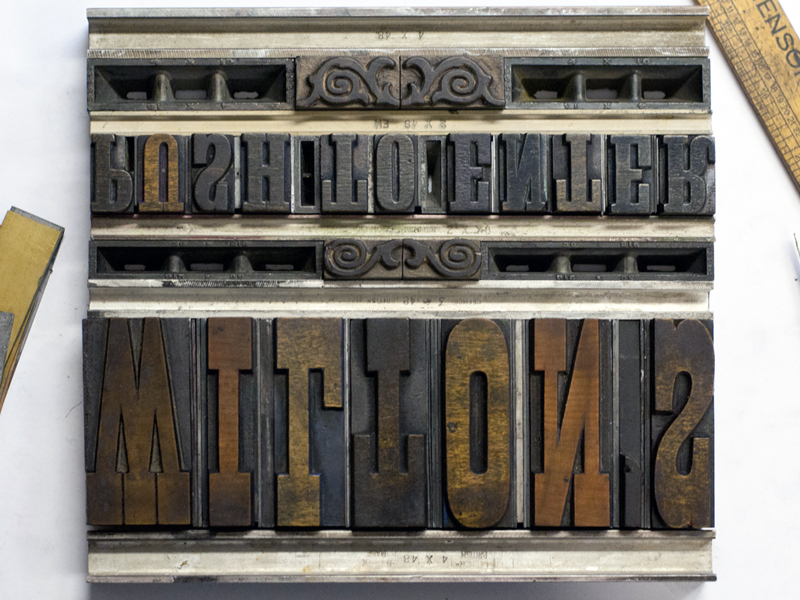 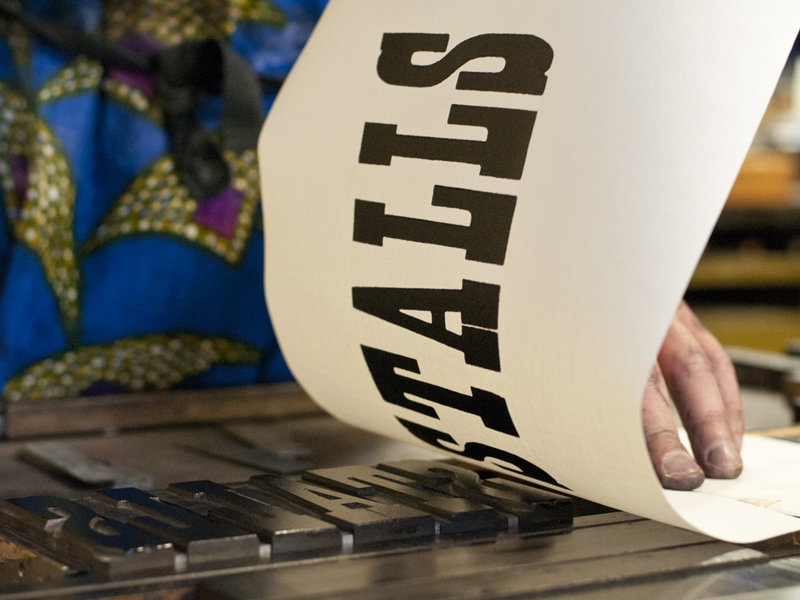 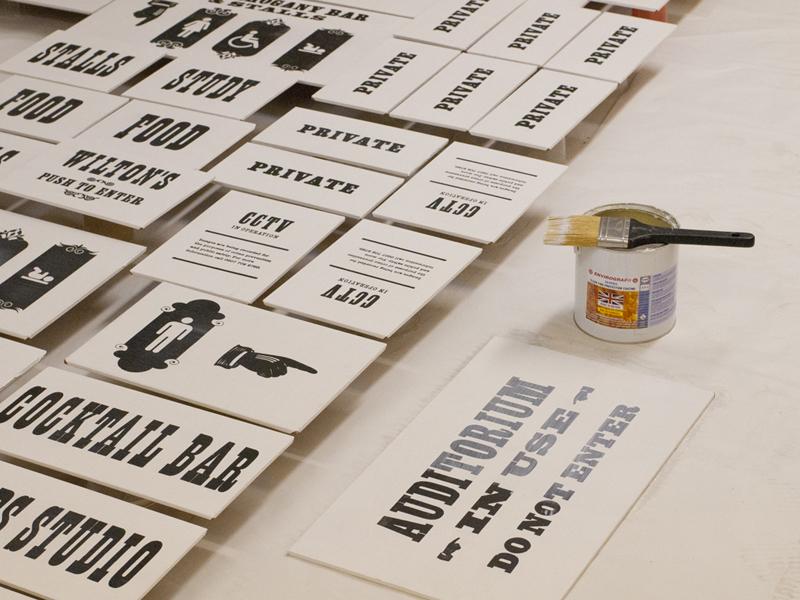 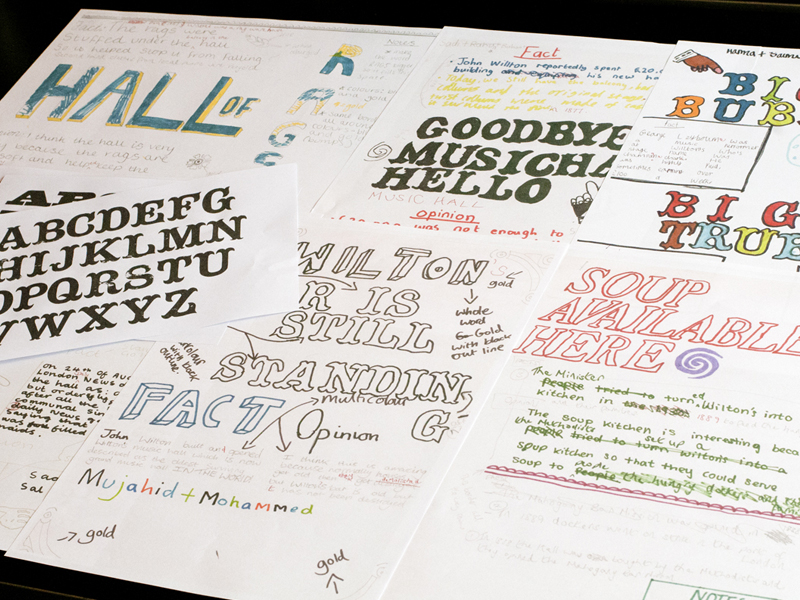 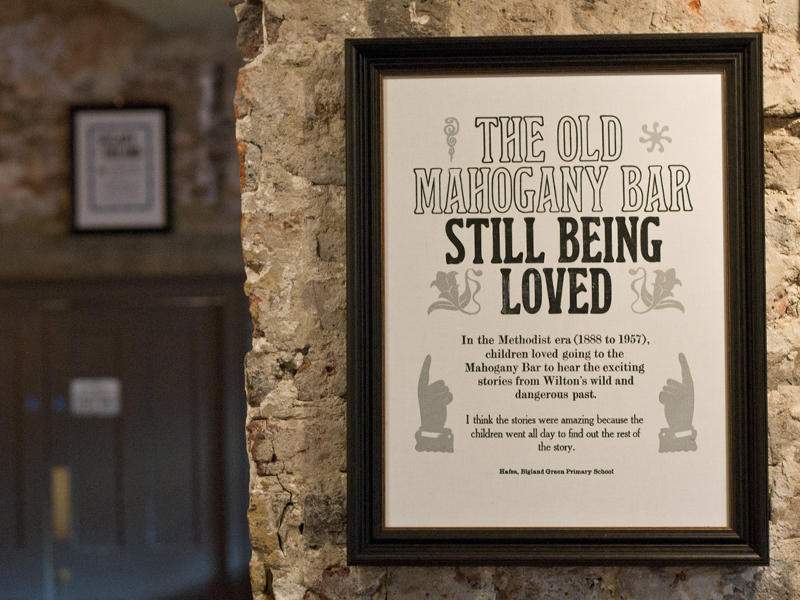 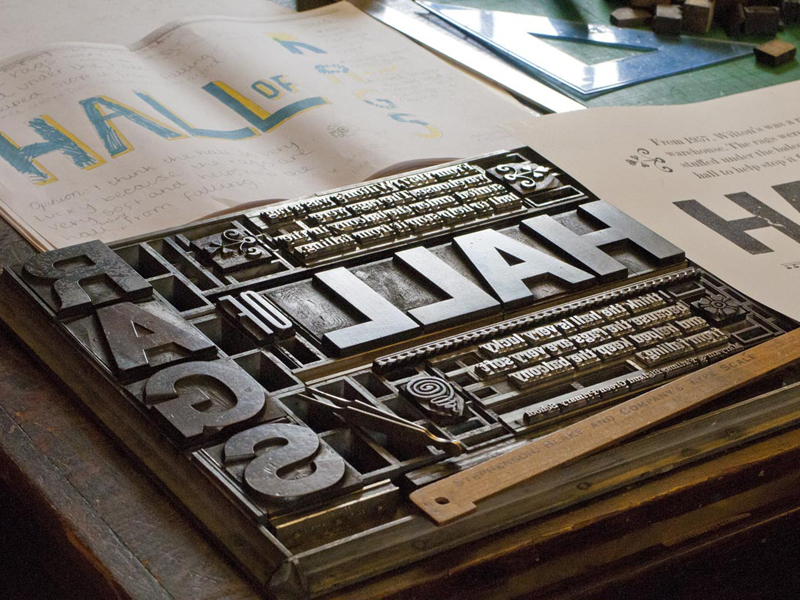 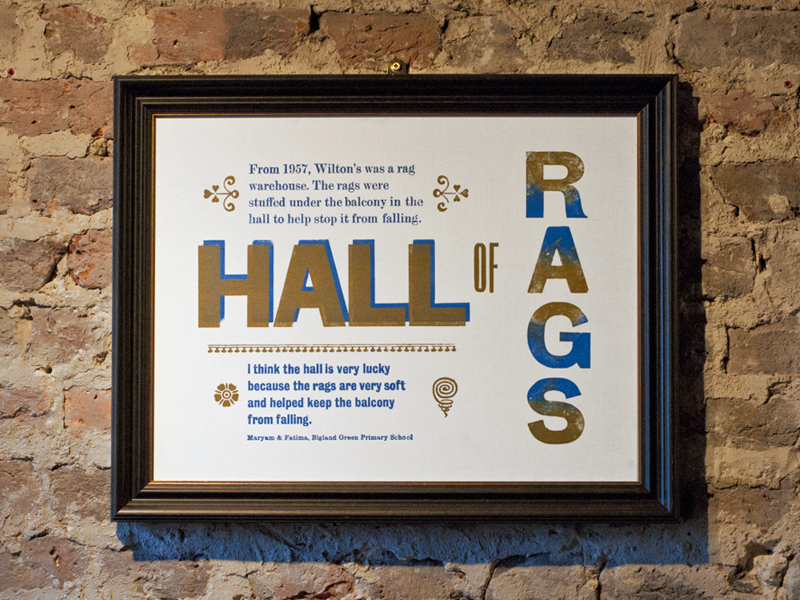 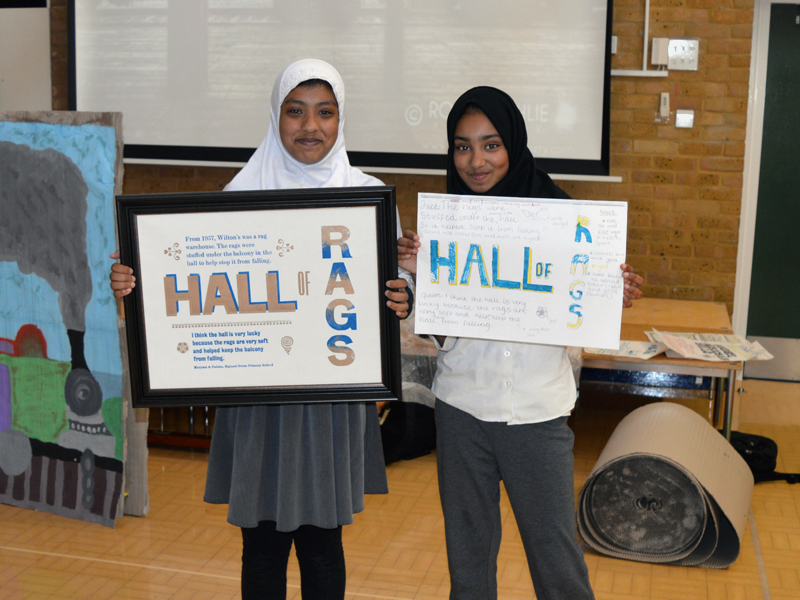 Wilton’s is known as the oldest surviving example of a grand music hall in the world. Dating from 1859, it is a building that has seen many incarnations and has survived to tell many tales.

We were commissioned to produce signage for the building and decided on a method of production that was as sympathetic to the building’s history as possible: each sign was set in woodtype and printed on to fabric. This was then mounted and varnished (in the traditional way) before being cased in a Victorian-style moulded frame.

New North Press and Wilton’s also ran a series of typographic workshops with nearby Bigland Primary School, encouraging pupils to translate facts they had learned about the building’s history into playbill posters. The resulting drawings were produced as letterpress posters, staying as true as possible to the children’s designs, and varnished and framed as with the rest of the signs. The 15 children’s posters and over 50 directional signs now hang in Wilton’s various rooms, each one communicating a small piece of the building’s incredible history.