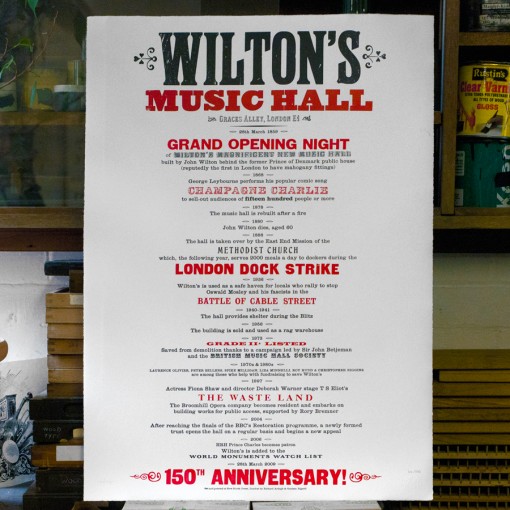 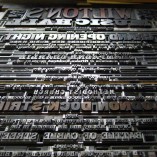 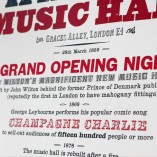 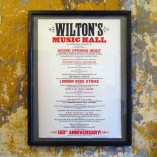 The oldest surviving example of a Victorian grand music hall, Wilton’s celebrated its 150th year in 2009. This poster charts its colourful history, from its heyday as a music hall, to Methodist mission hall and rag warehouse, and is set in the style of a traditional billings poster.

New North Press donates 10% of the proceeds of each print sold to Wilton’s Music Hall Trust.

All prints are numbered and blind-embossed with a NNP stamp. Every print is inked by hand and so may vary in appearance from these images.