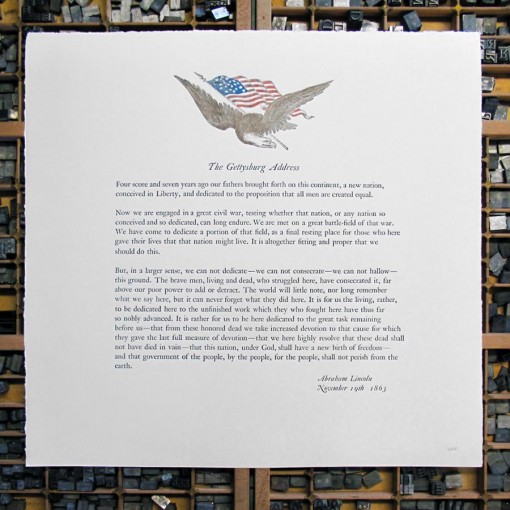 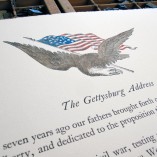 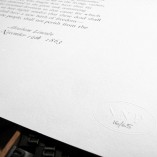 Marking the 150th anniversary of one of the best known speeches in American History by US President Abraham Lincoln. The Gettysburg address was delivered on the 19th November 1863 at the dedication of the Soldiers’ National Cemetery in Gettysburg, Pennsylvania, some four and a half months after the defeat of the Confederacy at the Battle of Gettysburg. The text for this edition is the only version of five that was signed by Lincoln and is known as the Bliss copy.

Printed on dampened 310 gsm Hahnemuhle etching in 30pt Caslon Old Face (the font used in the Declaration of Independence). The hand coloured line block is from a Union bank note from around 1860. Size 540 x 570mm

All prints are numbered and blind-embossed with a NNP stamp. Every print is inked by hand and so may vary in appearance from these images.